Jordan Greenhall talks about “Combining Intuition with Rational Mind – a more effective solution in Business” in this episode of the Intuitive Leadership Mastery Podcast with host Michael Light.

” The feelings of a lot of other people can then actually help point you in areas where your intuition may be screaming at you but you then get the signal back.” – Jordan Greenhall 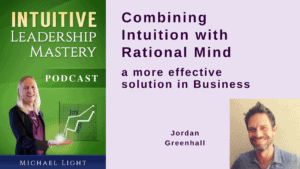 Jordan is now in his seventeenth year of building disruptive technology companies. Classic “Ready Player One” style 80’s nerd. Comics, science fiction, computers, way too much TV and role-playing games. Oh, so many role playing games. Naturally, these interests led to a deep dive into contemporary philosophy (particularly the works of Gilles Deleuze and Manuel DeLanda), artificial intelligence and complex systems science in college in the early 90’s and then, as the Internet was exploding into the world, a few years at Harvard Law School of all places where he spent time with Larry Lessig, Jonathan Zittrain and Cornel West examining the coevolution of human civilization and technology.

Learn more about Jordan Greenhall at: 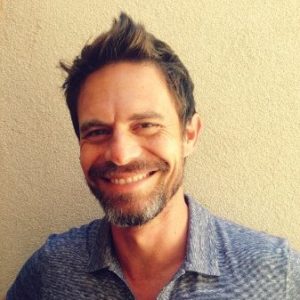 Michael Light:                    Welcome back to the show. I'm here with Jordan Greenhall, 20 year entrepreneur, victor in many successes in businesses, crashes when it didn't work out because he didn't perceive what was happening in the world. We're going to have an amazing conversation about how you perceive what's really going on at a much deeper level than you're used to. Jordan wrote an article that went viral called Situation Assessment. I've linked that in the show notes and I really recommend reading it and digesting it. It might take a few gulps to digest it because there is so much deep information in there.

We're going to talk about Jordan's creative process and how he uses his intuition but how he also uses his rational mind to make that more effective. Also, we're going to look about if you're competing with other businesses how do you get in their OODA loop, what that is and why it is important. We're also going to look up [memes 01:13] and why those matter in your business. If you aren't using memes in your business you are not going to win in business in this century.

We're also going to look at why fighting the last war is a mistake in your business. Also there are some cultural wars going on now that could totally change the whole business environment and affect what you need to do to succeed right now. So welcome Jordan.

WWIT that reading this helps you grow in your work role and in home life? WWIT it helps other staff at your company? 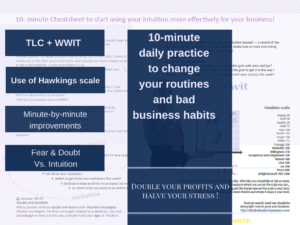 How many of you feel the same way? Let’s discuss this together.