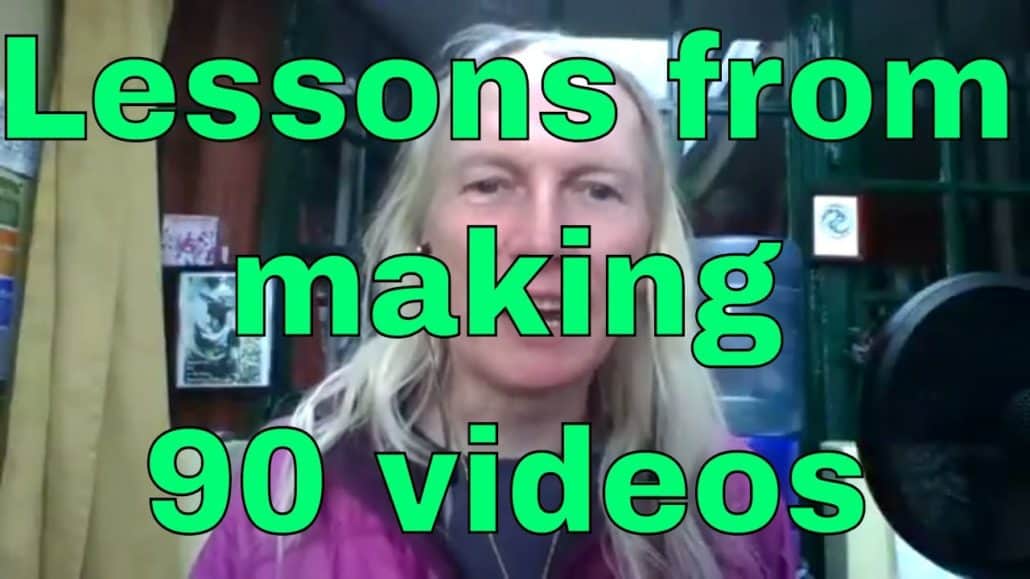 I just finished the 90th video in my 90 days video challenge. I have published a video every single day for nearly the last three months. I started off a bit anxious about it. I don't know if you remember my first video; I was so frightened about being live on camera, I had to take a walk while I made the video, in order to calm down. Which is a good tactic, by the way, if you ever want to make videos.

I made a conscious choice that most of my videos would be done through Facebook Live, so they are live videos, no editing, no retouching. I have published a few videos where I recorded it as a video and then did some mild editing, but that takes so much more time. I'm so glad I went live.

I had fears about doing live video and recorded video, so, about what other people would think of me, or what if I made a mistake, or what if I didn't know what to say, and all kinds of other wacky stuff going on in my brain. Which, I'm glad to say, most of that is now out of my brain, and I hope I … I mean, my belief is, I have got better at doing video, both in the, you know, how to connect with the audience and the presentation, but also in the technical side of things and different tools you can use.

Tools and Programs I Used

I will continue to make videos, probably not one every day, to be honest, because that is a commitment. There have been some days where I really didn't want to make a video but I made it anyway. I also had some backup recorded videos that I'd edited that I could upload if I was traveling or just wasn't feeling good. So that's another tip if you do one of these challenges, have some backup content.

I highly recommend doing a 90-day content challenge, whether you publish a video every day, or you publish a blog post or some other content. Maybe you're an artist and do drawings or paintings, I don't know. But the more you practice, the better you get, and I got over having to do perfect videos. That is probably one of the keys things I learned from this.